It’s not working, so why am I finding it hard to leave? 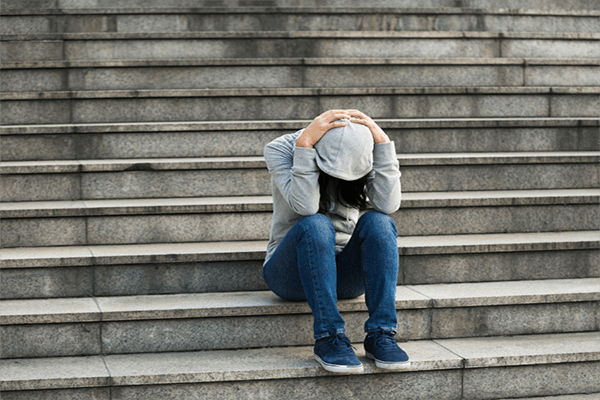 It’s not working, so why am I finding it hard to leave?

Sometimes it’s not always the obvious. There can be hidden reasons that make it more difficult and more stressful.

In this blog I look at what you can learn about your own fears and beliefs which keep you stuck in an unhealthy relationship.

Why do we find it so hard to leave a relationship when we know deep down its not working out and we have had enough of the arguments, long spells of cold silence, being cheated on and lied to, when all we have to do is walk out the door? “What’s stopping me? What am I scared of leaving? Why can’t I walk out that damn door? Our minds repeat  all too often.

Contemplating leaving will soon have our fears and insecurities flooding our mind like a tsunami creating so much doubt that we get stuck and scared of what to do. It’s in these moments we are being reminded of our fears, especially those we are not even consciously aware of keeping us in a state of stress and anxiety.

Too many ‘what-if’s’ pop up making it all the more harder to take action.  Uncomfortable feelings catch us of guard filling our bodies with more doubt from the discomfort they inflict.

We harbour a multitude of fears, known and unknown that have passed down the family line indelibly stamped in our DNA or stuck fast from our childhood. These can grow our doubts to the size of an insurmountable wall.

I mustn’t upset anyone

The fear of rejection had dogged me all through my teens and had me going into a relationship I knew wasn’t right. Especially when I heard my soul shouting at me “don’t do it”, when the ring was put on my 3rd finger.

But I dismissed the warning. All the family sitting there and my dad having spent good money hiring an old Rolls Royce to drive me to the church. I will never forget that moment.

That was another nasty belief that I mustn’t upset anyone. Heard that one before?

During the four years of my first marriage I had been swallowed up in the constant emotional upheaval from the continual ups and downs and never knowing what was going to happen next.

Pieces of me had splintered off and I felt very fragmented, having lost sight of me. I had become emotionally dependant on this man through my deep fear of rejection.

Of course I could live without him! I had lived without me; I had disappeared in the chaos, but here I was still breathing. I knew I was buried in there somewhere.

My beliefs had kept me tied up in a very unhappy situation until I realised it was only me that could make me happy and who could change the outcome and decide my future.

This thought alone was life changing for me and enough to get myself  disentangled from my inner dysfunctional, mixed up mess that had me believing in so much crap that was harming my chances of real happiness.

Sue came to me for help desperate to leave her 15 marriage which had drifted into a very loveless, and what she felt was a controlling relationship, where she had become fearful of her husbands behaviours.

She didn’t feel physically threatened but she knew that she had always ‘done as she was told’, found it hard to speak up because of the anger that always followed when she’d attempted  to voice her thoughts.

Subsequently Sue had become submissive to her husband’s demanding manner, feeling invisible and that she didn’t count.

Growing up Sue had got used to being told that it would be hard for someone to love her and to think herself lucky if a man ever asked her to marry him. She was never praised for her abilities or her performance at school sports. It was always , “You could have done better,” leaving Sue doubting her own abilities and her value as she grew.

She could see her mother resented her father who never openly praised his wife or displayed love in that soft tender way that has you feeling really appreciated, loved and special.  As for her father he was the one who told everyone what to do and you did it , or else.

Sue grew up with a very low sense of self esteem, believing her mum to be right. Believing that she didn’t deserve love. Believing she wasn’t worthy of love.

Her mum’s word echoed in her mind over and over to the point Sue felt guilty even thinking about leaving. The guilty feelings just took her on another cycle of doubt with more fears surfacing.  Her biggest fear was ending up on her own and having no one lo love her. She felt stuck, afraid of staying and afraid of leaving.

But by identifying and healing the root cause of her relationship issues Sue was able to heal the unresolved hurts and realise she deserved more in her own relationships than what she had experienced as a child and in her marriage. She was able to leave and start a new life, confident in making the right choices in any future relationships where she would be treated as an equal, and loved for herself and where her children would also be loved.

Breaking down and transforming toxic false beliefs which shape how we feel and consciously or unconsciously think about who we are, is paramount in forming a loving relationship with our self.

Loving and accepting who we are enables us to experience deeply loving relationships with our significant others.

Love based on authenticity and unconditional love.

Hopefully this blog has helped you understand better how our fears and beliefs can block our path to real happiness, accepting less than we deserve and denying the relationships and life that we desire.

If you would like to talk through your experience to see if we’re a good fit to work on this together, please feel free to contact me.

Or you can schedule time to speak to me.