You Don’t Attract The Wrong Person 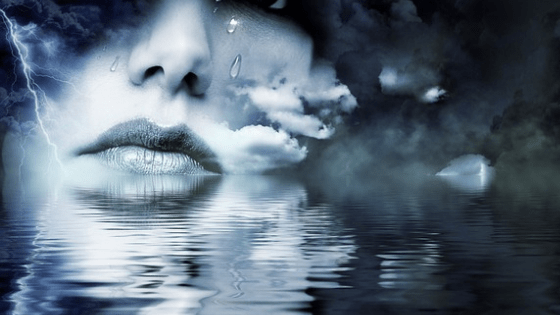 Ever feel like you attract the wrong person?  Or have someone telling you, including yourself, that you have to stop attracting the wrong guy or woman?

I thought that was a valid statement once, when my first husband turned out to be an alcoholic and I struggled with a roller coaster of emotions and I became a battlefield with my emotions fighting my beliefs and fears with me stuck in the middle scared to put a foot wrong in case I was blown up.

I didn’t let go straightaway although I knew our marriage was not working or right for either of us. Even as he placed the ring on my finger I ignored my very vocal intuition yelling at me not to do it. I was taught marriage was for life and you didn’t give up and that women were less of an equal to men etc etc. So I stayed.

2 years in I had a meltdown

When I experienced a major meltdown, I realised that I hadn’t attracted the wrong man, I had ACCEPTED him. I had accepted him and his destructive habit into my life. Yet I remained determined to make it work. I had completely lost sight of myself. My inner fears created  a very unhealthy pattern of trying to fit in with him without giving any priority to my own personal welfare.

The day I finally did ‘accept’  he was an alcoholic; up to that point dismissing his behaviour as “ oh he’s in the Navy he’s just always celebrating something with his ship mates”; was when the naval police came looking for him. They found him hiding in a large cupboard in which there was a small fold down bed.

And I still accepted him even though I realised he had a serious addiction. I felt it was my duty to remain at his side and put up with his rotten selfish ways. Yet  another distorted truth taught to me whilst growing up. Although I remained in the marriage for another 14 months, i was starting to consider life without him.  I thought about it a lot, but my own fears of being alone overran my instinct to just get out and leave him to it. My procrastination still meant I was still prepared to Accept him.

It was only when I became pregnant that I had the courage to leave. Crazy eh!. But I didn’t want my son, my intuition told me I was having a boy, being brought up in a home with a drunk.

I learnt a huge amount from that 4 year experience. And as I looked back during my healing time over the following years, I became thankful for what I had learnt about myself. My fears and beliefs had tied me up in so many knots that when trying to undo those knots, I had turned myself inside out,  where I didnt know me anymore.

All the energy and effort I had expended. trying to fix what was cleary broken from the beginning. The anxiety, the depression and heartache; all really just to placate my own fears!

They say love is blind. But from my experience it’s our fears that blind us, and bind us to painful situations that we do not need to go through.

The meeting with my soul during some very dark periods of depression and the wisdom my soul imparted plus was priceless. I had reconnected with my core being whom I had lost from when I was 12 (another story). I never had any regrets, or resentment or anger toward my ex.

My soul showed me that I had chosen the experience, even when I had received a very loud message on my wedding day not to proceed. I was taught how to allow the wisdom of my 4 year experience to heal the pain and sadness I was carrying. This enabled me to look forward to stepping onto a new path and head off in a new direction for my life.

The moral of the story…

I had Accepted him. I chose him because I thought I loved him. And I did, in a way. But that love was founded on my own insecurities and made me believe I had to keep on accepting, until I woke up and started to accept myself more.

So when you next tell yourself that you keep attracting the wrong partner, stop and reflect on why you chose him/her and then Accepted them.